Paralympic champions Will Bayley and Rob Davies head a 15-strong British squad that will compete in the PTT Slovenia Open in Lasko from May 6-9. The factor 40 tournament is always one of the strongest and many of the world’s top players are due to compete including another six Paralympic champions from Rio 2016.

The tournament will be Bayley’s first international since winning Paralympic gold in the men’s class 7 singles in Rio last September but the 29 year old World number one has been in good form at home and recently won the Open Standing Doubles title at the National Championships with Billy Shilton. “I don’t feel any more pressure as Paralympic champion,” said Bayley. “I feel like I am playing OK – not my best but I have made a lot of changes in the last few months and I feel that I am starting to get into my rhythm and my game. I am where I thought I would be at this stage of the season – maybe a little bit ahead - and I’m looking forward to the challenge of Slovenia.”

World number one Davies is also making his first international appearance since becoming men’s class 1 Paralympic champion and, like Bayley, the Welshman is focused on the European Championships later this year. 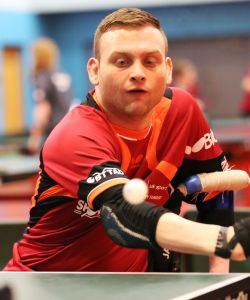 “I had a long break after Rio,” he said, “and this will be my first international tournament since then. Training has been going well and I’m reasonably happy with how I’m playing at this stage of the season. The Slovenia Open is always a strong competition so I know that it will be tough. My main goal for this year is the European Championships in September and that is what I am working towards so Slovenia will give me an indication of where I am and the areas I need to improve over the next few months.”

Davies will be joined in men’s class 1 by fellow Welshmen Paul Davies and Tom Matthews. “Preparation is going really well,” said London 2012 medallist Paul Davies. “I’ve been training hard and trying new things to improve my game. I took silver in Slovenia last year so I hope I can repeat that or maybe go one better. Competition in Slovenia is always tough but they all are now so I will see where I am at the end of this competition to see what I need to work on.”

Matthews missed most of 2016 after breaking his leg but has shown great improvement since his return and took bronze in the Italian Open in March. “I’m happy with the way I’m playing at the moment,” said the 24 year old, “and looking forward to Slovenia. I’ve been working a lot on my serve and consistency on the table and I feel it’s helping my game as I’m not giving away as many cheap points and I’m making it difficult for my opponents. My goal for Slovenia is to get out the group as it’s a tough competition but I’m striving for the medals at every opponent and I feel I have the potential to do it.”

Ross Wilson, Paralympic team bronze medallist in London and Rio, won the Open singles title at the National Championships earlier this month and is looking to build on that in Slovenia. 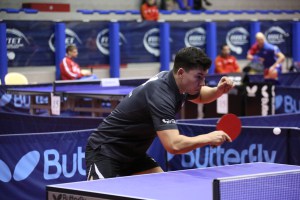 “I’m feeling really good at the moment,” said the 21 year old, who has had to contend with a series of injuries over the past four years. “I’ve been training a lot on the table recently and I’m really enjoying being back in the hall with the team and we are hoping for some good results in Slovenia. I can take a fair bit of confidence from winning the Nationals and hopefully I can keep getting better and aiming high. Slovenia is an important tournament and always tough competition and I am looking forward to getting out there, giving it my best and hopefully coming away with a medal.” “Training has been a bit up and down,” said McKibbin, “but because of the experience I have built up I am going into Slovenia confident knowing I have the ability to perform – I just need my head to be right on the day. I’ve been working a lot on my footwork and my quality on the first few balls to try and make me stronger at the beginning of rallies. I’m looking to be more dominant - to get closer to the best players and hopefully win more comfortably against the lower ranked players.” “I’m working really hard at the moment,” said Shilton. “Over the past two weeks I’ve been playing really well so I’m looking forward to seeing how I get on in Slovenia. I just want to play the best table tennis I can and take the things I’ve been practicing into my matches and see where that takes me. The Slovenia Open is a big one for all of us but I just try to take each tournament as it comes so I’m really looking forward to it. I’ve talked to the coaches and the things I need to improve are staying up to the table and being more dominant and positive in the way that I play.”

European bronze medallist David Wetherill took bronze in the Italian Open in March and will compete in the men’s class 6 singles as well as the team event with Martin Perry ahead of the inaugural World Team Championships in Slovakia later in May. 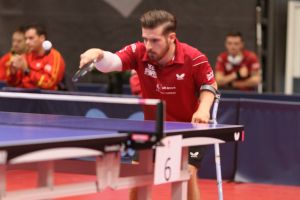 “Since Rio I’ve had a series of niggling injuries,” said Wetherill, “so I haven’t had the ideal preparation or been able to train as much as I would have liked. I’m looking forward to Slovenia and competing in another international but I haven’t really got any expectations. I’m looking at the bigger picture - this is the start of another four year journey to the next Paralympic Games in Tokyo and my main goal for this year is the European Championships in September. Slovenia will be good preparation for the World Teams and hopefully we can do well there.”

Perry will be competing in his first international tournament since his promotion to the British Para Table Tennis Team Performance Squad last month and also took bronze in Italy in March. “It was a great feeling to get to the semi-finals in Italy and I had good wins along the way,” he said. “I’m looking forward to Slovenia because I love the tournament and I’ve got the opportunity again to beat players who are ranked above me and I want to prove to myself more than anyone else that I am a top player and can maintain a high level of form.”

Sue Gilroy recently won her 22nd National title and is hoping to continue that success in Slovenia. 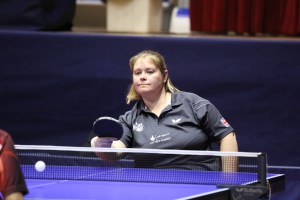 “Training has been going well over the last few months,” said Gilroy, “and I played really well at the recent National Championships. Slovenia is always a really strong tournament with most of the top 10 in the world there so I will certainly need to be playing my best to improve on my bronze from Italy earlier in the season, but hopefully I will be able to do that. This tournament will be a good indicator on how I have improved since Italy and what I need to work on to sharpen up my competitive play during the next few months before the European Championships in September.”

Five-time Paralympian Gilroy will also be playing in the team event with Megan Shackleton. The 18 year old, who missed the Italian Open in March with a foot injury, is hoping for some good results ahead of the World Team Championships. “Preparation for Slovenia has been going well,” said Shackleton. “I’m feeling in good form and just really looking forward to getting out there now and hopefully playing my best table tennis. Slovenia will be a good test. It’s my first international tournament of 2017 so for me it will be a really good test of my management under pressure compared to last year. I think it will also be really valuable getting into a strong competition mind-set ahead of the World Team Championships.”

Jack Hunter-Spivey will be making his first international appearance since the Paralympic Games last September and the 21 year old admits that Rio was a huge learning curve for him. 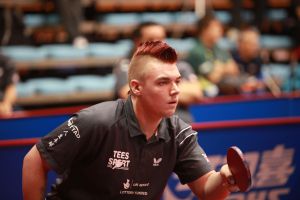 “Rio opened my eyes to what improvements I need to make,” he said. “I’ve worked really hard in the off-season – losing weight and getting fitter and stronger. I realised in Rio that I wasn’t really at the races in terms of physical fitness that I’m happy with so I’ve worked really hard technically on the table and physically in the gym and I’m feeling good going in to Slovenia. The results are important but my big goal this year is the European Championships in September. I want to be in the best shape possible for the Europeans so Slovenia is a bit of a stepping stone to that but I am playing really well at the moment and hopefully the results will come my way.” 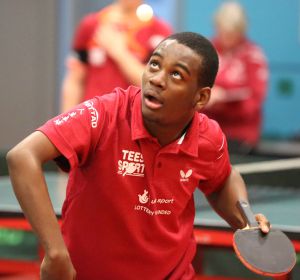 Ashley Facey Thompson had to withdraw from his quarter-final in the Italian Open in March with a back injury after coming through his group without dropping a set but made a successful return to competition last month when winning the class 9 singles title at the British Para Table Tennis National Championships.

“I’m in the final few weeks of University,” said Facey Thompson, who is studying sports coaching and analysis at London’s South Bank University, “so preparation for Slovenia has been hard. I can take confidence from the way I played in Italy before my injury and I hope to carry that on. Slovenia is one of the strongest international competitions outside the major championships and it will show me where my game is and what I need to improve for the rest of the season.” 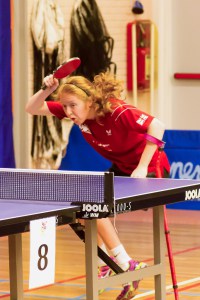 “My preparations for Slovenia have been going well,” she said. “I feel I am playing with a lot more confidence and had a great training camp with the GB squad in Sheffield last week. I have been working on holding the table and placing the ball better; I’ve increased my gym work and this is definitely helping my balance and recovery. I feel as long as I can keep implementing the aspects I have been working on the results will come. Slovenia is going to be tough competition but I am looking forward to the challenge and taking another step to where I want to be.”

The squad is completed by Kim Daybell, who has returned to his medical studies at Leeds University after taking a year out to prepare for Rio.